Now you can learn more about our services and fields of practice online.

We bring you expertise and years of experience in a wide variety of legal disciplines. Read our profiles below to get to know us better. 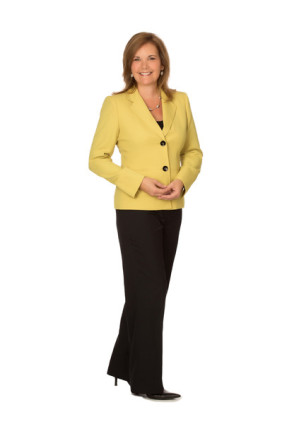 Never hire a novice.  Sandra Lefler has the years of experience you need in a variety of legal disciplines.

Sandra was admitted to the State Bar of Texas in 1987, the Oklahoma Bar Association in 1988, and the State Bar of California in 2015.  She began her legal career as a commercial litigator with the international firm of Fulbright & Jaworski (now Norton Rose Fulbright) in Houston, Texas, where she was mentored by some of the finest litigators in the nation. She completed the National Institute for Trial Advocacy and served such clients as the Texas Municipal Power Authority in a $7 Billion suit for cost overruns in construction of a nuclear power plant; General Motors in automotive warranty defense cases; and a medical equipment manufacturer for trademark and trade name infringement.

A native Tulsan, Sandra returned to her home town and opened her own firm in the early 1990’s. She litigated complex business disputes during the collapse of the savings & loan industry, prosecuted the infringement of an engineering patent, defeated Constitutional law defenses to obtain a successful defamation and privacy verdict against an International private organization; and litigated personal injury cases, contested probates and trust administrations. On the transaction side, Sandra represented software development companies, assisted clients in oil and gas acquisitions totaling in the tens of millions of dollars, represented real estate builders and developers, and became an accomplished title attorney.

It was also in the early 1990's that Sandra began her wills, probate, and trusts practice, initiated by the untimely death of a local, young businessman leaving a widow and 2 young children behind.  After spending 18 months administering his trust, setting up guardianships for his children, and transitioning his business to his widow, Sandra knew there had to be a better way and developed an estate planning practice, helping hundreds of families design plans to suit their needs.

Along the way, for the past 3 decades, Sandra has also handled numerous contested probates and guardianships, and filed suits challenging the actions of trustees who violated their fiduciary obligations to others.

In service to the Bar, Sandra performs generous pro bono services to those in need and provides reduced fee representation for low income clients.  Sandra was also an instructor for the Oklahoma Bar Review in the subjects of Corporations, Agency and Partnerships, and Torts.  More recently, she was also an author of bar review materials for Kaplan Bar Review in the areas of wills, estates, probates and corporations.

Sandra is the co-founder of Premier Tracks, a production music library providing music for film, television, Internet, corporate, and multimedia productions. Through her clearance and rights management company Master&Sync (www.masterandsync.com), Sandra negotiates with major music publishers and record labels for the rights to use popular music in television and film productions. Her clients include TLC, Discovery, A&E, Biography, and numerous television and film production companies, having cleared some 4,000+ popular music recordings and compositions.  She has developed strong relationships with major record labels, music publishers, and artists. She has negotiated and prepared master and synchronization licenses for music used in thousands of hours of television programming, and established ongoing relationships with cable network clients to provide annual music blankets to them.

Sandra provides representation to clients and co-counsel assistance to attorneys in Texas, California and Oklahoma.

Sandra's education is as diverse as her professional experience. She graduated with Honors from The University of Tulsa in 1984 with a B.S. in Mathematics, and received her J.D. from The University of Tulsa College of Law in 1987, graduating in the top 10% of her class. She received the distinction of Order of the Curule Chair, and was named the Phi Delta Phi International Graduate of the Year. She served as Notes and Comments editor for the Energy Law Journal in 1986-1987, and as a Member of the Tulsa Law Journal in 1985-1986.

Bachelor of Science - Mathematics (with Honors). The University of Tulsa, Tulsa, OK

Jesse E. Ramon is an attorney focusing on business transactional law, estate planning,probate and estate administration. He has worked extensively with a variety of business clients throughout Texas in a wide range of business planning and operation matters, from entity formation to business purchase and sales and various other business-related transactions.

Teysha Sivage is a 2018 graduate of St. Mary's University School of Law.  She is currently an applicant for admission to the State Bar of Texas.  A Texas native, Teysha attended Texas A&M where she graduated top in her class with her bachelors degree in Psychology.  We are very happy to welcome Teysha to The Lefler Law Firm.